For a few years now, the world has been changing with the revolution and innovation of digital. Change underlined by the growing importance of digital in the lives of everyone, individuals as professionals and the gradual arrival – but some of the artificial intelligences in our daily lives. The first intelligent tools make it easier to control your environment, from managing your own health with smart watches and scales, to being well-being with smart lamps or interacting with a voice assistant in the heart of the home. Every day, and in all everyday tasks, man interacts with intelligent objects that help him communicate or work, with such ease as one might forget them, such as smartphones or connected vehicles. In France, Bordeaux is one of the cities that focuses on these developments and accompanies innovation to create the connected objects of tomorrow.

Created in 2016 by former researchers from INRIA (National Institute for Research in Computer Science and Automation) in Bordeaux, including Matthieu LAPEYRE, the company’s current president, Pollen Robotics represents “smart” innovation in Bordeaux. Forced to realize that access to connected products and intelligent robotics was then limited to a portion of the preferred population due to the high selling price, Pollen Robotics decided to change the way the general public interacts with the connected objects around them. To do this, the company has embarked on the design of robots and artificial intelligences easily accessible in terms of budget and maneuverability in order to better understand programming and robotics while maintaining a playful and interactive side. A way to desecrate an area that until then seemed futuristic and inaccessible. Making digital evolution accessible to all by helping them understand how it works has been the will of Pollen Robotics since its beginnings, which has developed many projects, like Ergo Jr, Doggy Rodeo or Reachy. Innovative creations accessible to discover the workings of artificial intelligence or robotics while retaining entertainment for both students and the general public.

On October 25, 2018, Pollen Robotics announced the release of its latest creation: Achilles.

A small intelligent robot, Achilles fits perfectly into this dynamic accessibility… it is aimed directly at children. New generations are already born with innate technology and anchored in their daily lives, and learn from an early age to understand the technology and advances of innovation related to robots or artificial intelligence. Directly soliciting their creativity, their thinking and allowing them to learn in total autonomy, Achilles allows them to discover at their own pace how robots work, programming while finding solutions to solve the robot’s behavioral problems by themselves. Autonomy begins with the construction of the robot with pre-cut cardboard parts and components designed for the robot to work. Once the robot is built, various configurations allow to carry out different actions to his Achilles: allow him to advance by following an object in motion, make him realize a course avoiding all obstacles in his path …

Innovation at the heart of Bordeaux

The Bordeaux metropolis is focused on the development of Digital and follows start-ups and innovative companies in their evolution. Labeled French Tech since 2014, Bordeaux attracts companies with its support programs, incubators or training dedicated to Digital. With the arrival of large companies known around the world as OVH, Betclic,or Ubisoft, it also enjoys an interesting influence with the development of the High Speed Line connecting it to Paris, the Capital, but also thanks to the new live air links connecting Bordeaux Mérignac airport to the world. All these factors encourage investors and entrepreneurs to establish themselves in a city where new business districts are flourishing, offering a growing office offering, from the neighborhood Euratlantique near the Gare de Bordeaux Saint Jean in the Basins district in Flots,where many of thehigher education schools and the companies mentioned above.

The dynamism of the city is also particularly felt with the major events, fairs and innovation events that take place every year: Tech’Day, a meeting place for companies specializing in innovation, artificial intelligence or augmented reality, at the festival NOVAQ organized by the Agency for Development and Innovation (ADI) which was held simultaneously in Bordeaux, Limoges and Poitiers… Another notable event will be held in Bordeaux for the very first time in 2020: Robocup. Dedicated to artificial intelligence, the Robocup is an international competition whose challengers are robots from all over the world… A highly anticipated competition!

Making a revolution accessible is a major event that shows a real turning point in the vision we had of technology. Indeed, allowing everyone to understand and understand how robots work, as well as artificial intelligence, from an early age is a revolution in the innovation sector. At the heart of a connected world, man is more than ever invited to interact and control his environment, in order to change his way of life… 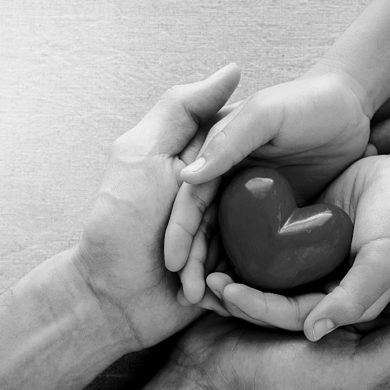