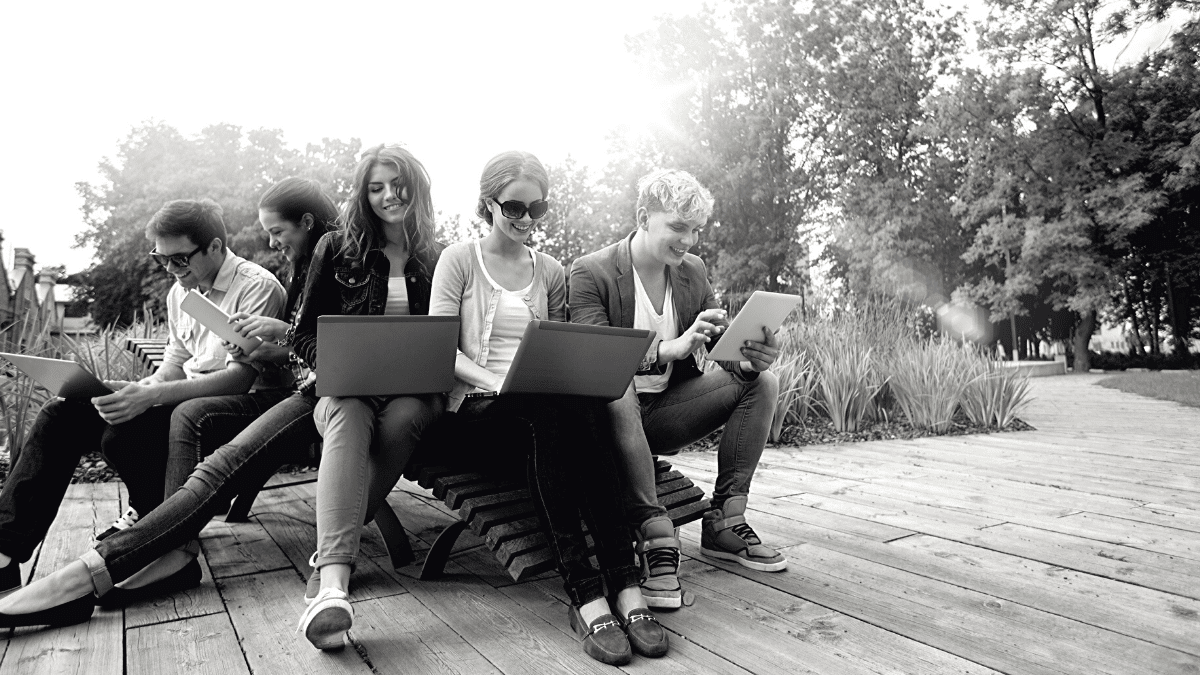 Ranked among the most attractive cities in France for students for many years, the Bordeaux Metropolis faces various challenges. Between the increase in the number of students, the housing crisis, the congestion of the city, Bordeaux fully integrates higher education into its territorial development strategy. Through the student figures on Bordeaux, the quality of universities, schools and institutes, the image of Bordeaux internationally, professional integration, the living environment… Focus on the situation of a Bordeaux Metropole that gives itself the means to remain attractive to young people, in a context of tense growth.

Attractiveness corroborated by the increase in the number of students

Showing significant year-over-year growth over the past decade, the figures for the increase in the number of students in New Aquitaine are largely dominated by the Bordeaux Academy. For example, the Region had just over 178,000 students in 2012-13 and already more than 208,400 five years later in 2017-18, a growth of 17% (1). Of the 2018 figures, 132,361 went to the Bordeaux Academy, 52,641 to the Poitiers Academy and 23,439 to Limoges. Nearly 60% of the students in the region choose Bordeaux to study, and their first steps in working life.

In addition to the undeniable attractiveness of the regional capital for French students, Bordeaux also proves to be a place of choice for foreign students. In 2020, 23,703 international students are affected, an increase of 26% between 2013 and 2018 (2). They represent 11% of the region’s students.

However, Bordeaux remains well behind on the national scene, with almost three-quarters (72%) Eramus students are leaving in five regions: Ile-de-France (one third), Auvergne-Rhône-Alpes, Occitanie, Grand Est and Hauts-de-France. In total, France receives 258,000 international students in 2020. It is the first non-English-speaking host country.

A strategy supported by the variety of training

The growth in the number of students can be explained by a number of factors, including the wide range of courses provided. The Bordeaux Academy is 3 Universities, integrating 4 IUT (University Institute of Technology), 1 INSPE (National Higher Institute of Professorship and Education), 5 engineering schools (public and private), 1 IEP (Institute for Political Studies), ISIC (Institute of Information and Communication Sciences), IAE, and many other renowned institutes

To this is added a nice collection of great schools, engineering schools and private schools, which reinforce Bordeaux’s place in higher education. Among them, the ENSC, the National School of Magistrates, the School of Fine Arts, the School of Architecture, INSEEC, ESTEI, the Bordeaux Conservatory, Kedge Business School, or the 26 institutions of the Campus des Chartrons…

In addition, many of these courses have an interesting reputation. Among the recognized areas of excellence in Bordeaux, engineering and computer science are prominent. This information is more correlated with the strong economic activity in the region than in the rest of France.

A professional integration of students accompanied by

The quality of the higher education institutions offered in Bordeaux is particularly evident in the excellent score of professional integration. According to the annual ranking of L’Etudiant, which assesses the attractiveness of cities to study according to a large number of criteria, Bordeaux receives the maximum score for its rate of professional integration (3). While the regional capital is ranked 9th in the overall ranking of student cities, it is on the other hand leading the way in the dynamism of employment. The metropolis is thus making fertile ground for the first jobs.

In addition, supported by the national policy of valuing alternation and professionalisation contracts, schools, especially private schools, favours alternation. This approach aims to professionalize students by combining theory and practice. CFAs are also performing very well, with 73% of the academy’s apprentices finding employment within 7 months of completing their studies in February 2019. The employment rate of apprentices has been increasing steadily in recent years. According to the most recent data, it has increased from 70% in 2018 to 73% in 2019. A trend observed on almost all diplomas.

Always with the aim of professionalizing students, public institutions, traditionally lambasted for their lack of anchoring in the reality of the market, weave links with the economic fabric. Thus, since 2009, the University of Bordeaux has had its own foundation “Bordeaux University” (4). It brings together companies, associations, institutions and citizens around four main missions: supporting research, developing the professionalization of training for post-study integration, valuing the university campus, facilitating the sharing of knowledge and exchange.

In addition to the favourable school environment, Bordeaux’s attractiveness also lies in its living environment.

According to the L’Etudiant ranking, the cultural offer, mobility and green spaces are all factors that contribute to making the Metropole a favorite place for students and young workers. From a cultural point of view, the agglomeration brings together some thirty municipal libraries, fifteen cinemas promoting different genres and stylesof cinema, museums, exhibitions, cultural events. The Metropolis is also committed to develop its transport network: new tram lines, increased frequencies, additions of stations and terminuses, self-service bikes and bike paths, car-sharing… All the levers to make the city cleaner, safer, more entertaining, more passable, more attractive are exploited.

On the other hand, the housing shortage is increasing year after year. Despite the work to bring new housing to market, the city is unable to fill the supply gap for current applications; and even less to cushion the massive influx of students and active people attracted by the city, the vineyards, the sea, the mountains,… For students, the figures are clear: 12.9 studios per 10,000 inhabitants and some of the most expensive rents in France’s cities. Thus, once the rare pearl has been unearthed (studio or T1), students must pay on average 565 euros each month.

In addition to the efforts of the Metropolis, universities, schools and institutes also give of their person to remain attractive. Thus, in 2020, students of the University Campus of Pessac will be able to benefit from a brand new space in France, initiated by croUS (5). University restaurant, late-night grocery store, dance studio, meeting rooms, music room and café, second-hand shop…

It is a whole living space that opens up, as close as possible to the needs of the students, in the image of a Bordeaux that has not said its last word.

Prescriptive lobbying, the primacy of the norm in companies