This is not new: people like to travel. Faced with the evolution of the means of transport and their proliferation to facilitate the international travel of travellers, it is now possible to move around the world without difficulty. For example, an increase in the frequency of airports has been widely noticed in 2018, particularly in major cities such as Bordeaux. Air traffic increased between 3.4% and 9.7%. This increase pushes airlines to open new routes, always with the aim of satisfying customers. Increasingly, airlines are deciding to promote long-haul flights for an opening to the world. In the face of carpooling or train, airlines do not shy away from anything for passengers to pass through airports.

The frequency of travellers at airports is on the rise

The year 2018 has therefore been particularly beneficial for French airports and airlines. While in recent years other modes of transport have been preferred by travellers, such as carpooling or bus journeys, airports have not said their last word. This strong growth in passenger traffic is not without reason. Indeed, to attract travellers again, airlines called “low-cost” (understand here “at low prices”) such as Easy-Jet or Volotea, have grown in numbers in recent years. However, perhaps the most important action on the part of the companies has been the creation of new long-haul routes, in order to highlight international destinations and thus the incentive to prefer the airway to travel to the other side of the world. The influence of low-cost airlines and the opening of multiple international routes has allowed the Bordeaux airport, located in Mérignac, to offer new destinations to its passengers.

In February 2019, Bordeaux Airport registered no less than 422,100 passengers and an increase in frequency of 10.7% compared to last year. A marked increase in international flights was noticed, with almost 13.6% or 210,000 passengers registered. However, travellers passing through Bordeaux airport do not travel in any way, without thinking about how best to reduce the budget for transport. As a result, low-cost flights have jumped by almost 20% and now account for more than 220,000 passengers per month. EasyJet, Ryanair and Volotea are now the preferred airlines for travellers.

As passenger traffic continues to increase at Bordeaux Airport, many airlines have decided to open new direct routes for 2019. The airport will then see the opening of a first line by Ural Airlines, heading to Moscow, Russia. The first flight will take place in June 2019, and will offer travellers three weekly A320 flights. Users will be able to land in Yekaterinburg, Barnaul, Tomsk, Omsk, Novosibirsk and Chelyabinsk. But Russia will not be the only new destination open in 2019. Indeed, from December, XL Airways will connect Bordeaux to Pointe-à-Pitre, the aim for the airline being to find new passengers. For XL Airways, the opening of new routes at regional airports will increase tourism and create new jobs, while it cannot compete with other airlines in the French capital. A way for XL Airways to win new customers.

In this way, Bordeaux is opening up to the international market. The city of wine invites its inhabitants to discover the world, but not only. Indeed, Bordeaux deploys the means of transport throughout the city itself. While multiple projects concerning tram tracks are being carried out, the city of Bordeaux still hopes to be able to smooth road traffic which, every day, causes multiple hours of traffic jams on the roads. With these new destinations, the city of Bordeaux hopes to be able to impose itself more economically, to open up to the world but also to attract tourists. This is already the case with train links. The link between Bordeaux and Paris has been substantially reduced to two hours, while a new link between Bordeaux and Brussels will be launched in June 2019.

What we remember is that the opening of new international routes between Bordeaux and other countries allows, over time, users to travel internationally more often and for less, especially thanks to the “low-cost” airlines. Seeing new routes open to other countries in regional airports such as Mérignac is a real benefit for the city of Bordeaux. Indeed, with this accessibility both economical and physical, travelers have less and less need to run in the largest airports, via stopovers, in order to travel the world. However, making people travel abroad more often through attractive prices could be problematic in the long run. Indeed, an increase in traffic could cause a lack of fluidity and organization on the part of airports, both in terms of flights and in car parking.

The 2019 International Wine Challenge in Bordeaux

Bordeaux, connected more than ever to the rest of the world – Patrick BONTE 15 February 2019

Travelling according to your desires, a new economy – Audrey KOZACZKA 17 May 2017 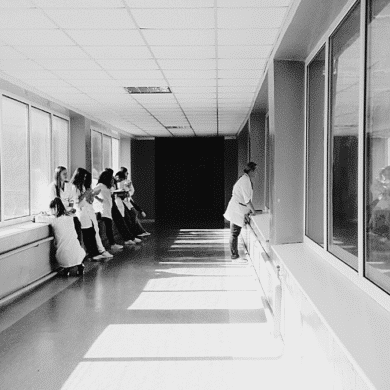