From Switzerland to Bordeaux, Amaris sets the tone

A Swiss group founded 10 years ago, Amaris has grown exponentially and has quickly established itself internationally. At the beginning of the year, he announced the opening of a tenth office in France and, after informing of the creation of a research and development lab in Lille about ten days earlier, it was in Bordeaux that the group decided to put down its bags.

As a technology consulting firm, the firm initially dedicated itself to organizational consulting in the banking sector. Quickly seizing opportunities and recruiting diverse expert profiles as it develops, it now offers much broader expertise, opening up to strategy and outsourcing, information systems and technologies, engineering and high technology, telecommunications, biotechnology and pharmacy.

With operations in 50 countries with more than 65 offices, the Amaris Group already has 3,600 employees with a turnover of 180 million in 2017. The ambition for 2018 is even higher: to increase the workforce to 5000 and achieve a turnover of 260 million euros.

Motivated by the dynamism of the Bordeaux region and its areas of excellence in the engineering and IT sectors in particular, Amaris has finally been persuaded by the LGV Paris-Bordeaux which greatly facilitates travel on the territory.

Léa Jouve at the head of the Bordeaux office

For this new office, Léa Jouve, a Bordeaux-based paris office, is responsible for the opening and deployment. The branch already has 15 people and as many projects in progress but, true to its habits and objectives, it plans to recruit 40 people in the coming months and is looking for engineering profiles in computer science, telecommunications, network, radio and fiber optics.

Nevertheless, in Bordeaux, competition is already fierce and some have been established in the territory and with its companies for many years. These include Capgemini, Alten, Akka Technologies, Accenture and Deloitte.

As with many companies in recent years, Bordeaux is a place of choice to develop its business. It is therefore ideal for a consulting firm to set up shop there in order to be as close as possible to decision-makers and companies that also aspire to a substantial development thanks to the Bordeaux impulse. Especially since many intellectual services are not hindered by distance, we know the Bordeaux ecosystem particularly fond of proximity.

According to Invest in Bordeaux from March 2017, 74 companies have chosen to set up shop in the Bordeaux metropolis in 2016… Of these, two-thirds are new locations (decision-making centres, commercial agencies, research and development centres, production units, etc.), and three-quarter are of French origin.

The decision criteria are numerous and attractive in all sectors.

From dynamism to excellence

Economic dynamism is no longer to be proven and is accompanied by the development of transport on the metropolis and towards the whole territory, the emergence of innovation hubs, the recognition of excellent training and a mesh of the efficient entrepreneurial landscape. In addition, the costs of setting up a company are 20 to 30% lower than in Paris. At the same time, the living environment pleases and attracts qualified profiles dreaming of leaving the capital for a life in the region. In this respect Bordeaux is at the top of the list of cities where it has been good to live for several years on criteria such as the development of urban transport, green spaces, or security.

In this context, it would seem that many companies remember that “happy employee, flourishing business”.

The benefits of New Aquitaine 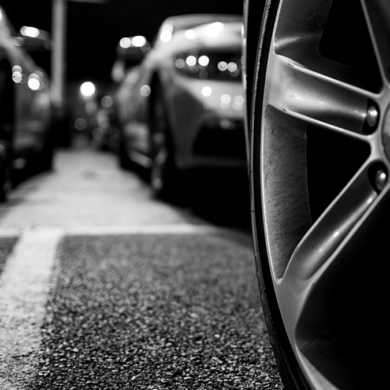