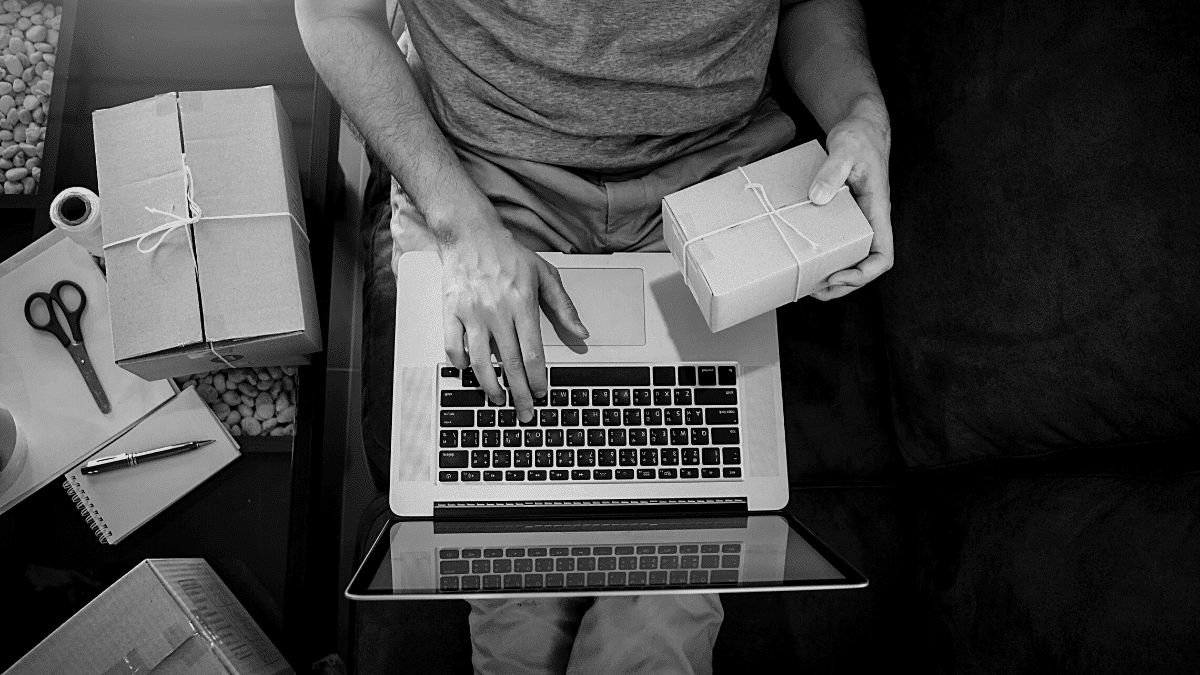 Amazon establishes itself as the undisputed leader in e-commerce

Amazon is the undisputed leader in e-commerce. Since 1996, the e-commerce giant has continued to grow from online bookstores to the largest e-commerce platform. Indeed, today amazon orders represent more than one order in five. Given the current context and the closure of non-essential businesses, the place of e-commerce has never been greater. This new trend implies discrepancies between the leaders that have been in place for several years and the small businesses that are struggling to digitize.

The COVID-19 epidemic has had an unprecedented impact on the economy. According to INSEE’s forecast for 2020, GDP could fall by -9% (1). Indeed, the closure of non-essential shops and many shops has led to a postponement of online sales. Since consumers can no longer consume in stores, they have chosen to shop online. The first to benefit from its postponements were the leaders of online sales like the giant Amazon. Indeed, the latter saw its sales and turnover soar during the first containment. To date, it has reached a turnover of $96 billion (2). Thus this crisis has further developed a new mode of consumption.

Buying on Amazon is so simple for all consumers, in just a few clicks you can buy an item and be delivered for free thanks to the Prime benefits put in place

For many consumers buying on Amazon’s e-commerce site has become a reflex. This is due to the introduction of an easy shopping route, especially with the Amazon Prime account. By adhering to the prime offer offered consumers benefit from significant benefits. Indeed they benefit from free and fast deliveries. But also ancillary services like Prime Videos, Prime Photos, Prime Gaming, or Prime Music. Aware of its importance, Amazon has put in place actions. In 2019 it is committed to independent traders to facilitate their development in e-commerce.

Indeed, Amazon, the e-commerce giant announces that it has invested 15 billion dollars. In particular, it has introduced new tools and services accessible to small and medium-sized enterprises. The main objective of the operation was to give them the means to succeed in their sales on the platform. However, today, this investment is tainted by certain practices of the group. Indeed, on 10 November, the European Commission accused the european Commission of breaching EU competition rules by taking advantage of data from independent retailers. To react to this and get the best out of this, the independent traders organized themselves. Better prepared to face the second containment, they adapt and take the lead.

The first to be impacted by the crisis were small traders. Today they have to think about how to deal with the crisis and continue to ensure a turnover even as their curtain is down. For this second containment, they still want to adapt in order to follow. We notice that some have decided to set up live videos on their social networks to present their products in the form of livestream. We are also seeing the development of actions to accompany and allow them to follow suit and have an online presence.

Many merchants say they are ready to move to digital transformation but have not done so because of a lack of means.

In particular, the Carrefour retailer and the Discount platform offer independent merchants free reference on their website and digitalize their offer. The Post Office group is also committed to the latter. It sets up an e-commerce platform, My City My Shopping, which allows traders, region by region, to give traders an additional sales channel during confinement. With low fees merchants can offer their products for sale and take advantage of the services of the post office to send the parcels to their customers. Many Bordeaux merchants are already taking advantage of this service to deflect competition from Amazon and e-commerce leaders. For the latter it is a quick and easy way to continue to ensure sales with reduced fees.

Thus, Amazon emerges as the undisputed leader of e-commerce. The crisis of the Covid-19 strongly encouraged this and revealed some delay on the side of independent traders. Indeed, for those who had not yet taken the step of digital transformation, it was necessary to adapt accordingly. Similarly, we see solidarity actions being put in place to facilitate access to digital. This is an encouraging first step for independent merchants in order to continue a more sustained presence on the internet.

Interview of November 11 with Jonathan Vidor, Founder of JVWEB and Seiso

(2) Press release, Jvweb / Escal consulting, E-Commerce: Is Amazon a “sprawling monster” that will “devastate” everything?