Exhibition – The City of Wine celebrates the city of Porto

“For the culture and civilizations of wine” is the motto of the City of Wine. The President of the Foundation for Wine Culture and Civilizations, Sylvie Cazes, and Ricardo Valente, City Councillor for the City of Porto, signed an agreement last February to bring a visibility on Portuguese viticulture to Bordeaux. From 05 October 2018, the region of Porto (Portugal) will be showcased as part of the temporary exhibition “Guest Vineyard, Porto: Douro, the air of the earth around the waters”. As part of this exhibition, the Douro Valley will be presented in its best light. Indeed, Porto is today one of the oldest appellations of controlled origin in the world. Between the history, culture, and wine civilization of a foreign country, there is no doubt that the temporary exhibition of the Douro Valley will attract many wine lovers from the Bordeaux region to the City of Wine.

Famous since the eighteenth century around the world, this vineyard is listed as a World Heritage Site by UNESCO (United Nations Educational, Scientific and Cultural Organization). UNESCO reminds us in its World Heritage that the Haut-Douro wine region has been producing vines for more than two thousand years. Recognized as one of the oldest vintages, the quality of this wine lies mainly in its traditional manufacturing process. Its land of advantageous production benefits all responsible and tradition-respecting producers. If Portugal, like Spain, has been producing wine since ancient times, the history of its vineyards is more due to the alliances between Portugal and England.

In the fourteenth and fifteenth centuries, shipyards multiplied in Portugal, and trade increased tenfold in the Porto region. This has contributed greatly to the development of the vineyards of the Haut-Douro Valley. Year after year, the quality of Porto wines has improved significantly. It was in 1756 that Porto was born as an official name. By way of comparison, the first French AOC dates from 1756 (nearly 200 years later).

From then on, the vineyards of the Haut-Douro valley are fully registered and the plots classified into six categories (from A to F). The criteria range from the climate to the soil and its inclination, altitude, yield or even the age of the vines. The entire civilizational history of the Douro Valley will be detailed as part of the temporary exhibition organized at the City of Wine. Indeed, with aesthetic elements and audiovisual installations, the participants will be in total immersion. In this way, they will be able to discover the wine landscapes in which one of the most prestigious vintages in history was made.

The Foundation for the Culture of Wine and Civilization aims to make the universal and living heritage of wine accessible to as many people as possible. With the desire to offer a renewed and innovative look, this exhibition space of choice located in the Bacalan district of Bordeaux, enjoys a creative and ingenious architecture. Opened on 31 May 2016 in the presence of the current mayor of Bordeaux (Alain Juppé) and the President of the Republic at the time (François Hollande), the establishment has already organized numerous exhibitions. Georgia, the cradle of viticulture, was the first vineyard to be honoured in the City of Wine. Open from 31 July to 05 November 2017, this archaeological exhibition co-organized with the Georgian State and the National Museum of Tbilisi was a great success: about 50,000 visitors discovered the richness of the country’s historical heritage. With a second vineyard on display soon, the Foundation hopes to renew a successful project in favour of the culture and civilization of wine. Open from October 05, 2018 to January 6, 2019, the temporary exhibition will be open to all, daily from 10 a.m. to 7 p.m.

The 1st “reverse” show for buyers and suppliers in Bordeaux

The City of Wine 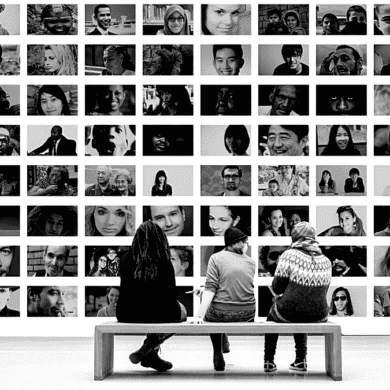 Infographic: Image and Brand, the value of visuals underestimated by companies
X