After a successful first edition with no less than 50 participating companies, the French Tech Connect, organized by the CCI of Bordeaux Gironde, returns on December 12, 2017 for a highly anticipated second edition. More than 100 companies have registered to participate in this event, which will take place at the ICC’s premises at the Palais de la Bourse. During this day, companies will be able to take part in business meetings with start-ups, answering calls for projects, or candidates applying for job offers or internships through a job dating certainly digitalized.

One of the objectives of this 100% digital event is to connect the major groups and ETI (CCI Bordeaux Gironde, EDF, La Poste, SNCF, Cisco…) with bold startups who wish to develop, test and promote their ideas, in search of business partnerships and their first contracts. Traditionally, the 3-minutes pitch will allow the professionals present to “hang” in a few words the most promising projects. The selection then made will allow the setting up of business meetings, in order to start the first business exchanges.

Showing large groups that the youngest companies also have innovative and promising ideas for the future is the whole point of this day.

The French Tech Connect also has a special significance for Bordeaux: it marks the 3rd anniversary of obtaining the French Tech Label,the precious sesame, a guarantee of quality for the use and development of digital technology. Indeed, for some years now, companies have had a particular appetite for new digital-related businesses, particularly innovation.

Along the sunny banks of the Garonne

To meet new needs, startups are emerging very quickly and are expanding in the various Bordeaux incubators. The jurisdiction present in the territory, as well as the quality of life and potential offered by the ecosystem also attract larger groups, with an international reputation, likeUbiSoft, one of the top three publishers in the world in the video game industry, but alsoOVH, a leading cloud computing company, or SolidAnim, the film producer that has as reference the films “Avatar” by James Cameron, who recently chose to move its headquarters from Paris to Bordeaux.

Experts in the digital economy of Bordeaux Metropole describe a growing potential, with very promising prospects. Indeed, there are currently more than 22,400 digital jobs in Bordeaux, and it is estimated that this number will double by 2030. In addition, companies are raising funds in addition to their desire to innovate, so they have been growing steadily since 2015 (20 million euros in 2015, 30 million in 2016 and 50 million in 2017).

A very interesting spotlight for the Port of The Moon, connected to the world… 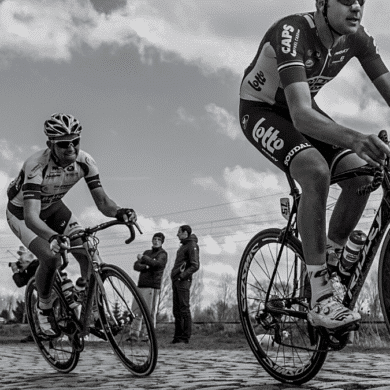