Halle Boca, the momentum of the new Paludate

After more than 32 months of construction on the former slaughterhouses of Bordeaux, the Corto Maltese courtyard located next to the House of Creative Economy and Culture in Aquitaine

(MECA) whose inauguration will take place at the end of 2018 continues its transformation and development, with the opening of the Boca Hall in October 2018. A project of 18,200m2 resolutely focused on the growth and attractiveness of the Belle Endormie, which follows the construction projects already well underway for the last two years.

The Boca Hall, a major project

Produced by the group EIFFAGE IMMOBILIER and HALLE DEBAT PONSAN, the Halle BOCA aims to host shops, practical services and various food spaces on nearly 6800m2. Among the next arrivals, that of the German restaurant chain Vapiano, which offers Italian cuisine for its first Bordeaux location – 19 brands are already present in France, the Indiana Café, an American-Mexican restaurant chain present in France only in the Paris region, or Le Garde Manger, a delicatessen that offers a fast food service, second Bordeaux brand.

However, the Halle BOCA is not only destined to be the stronghold of shops and restaurant chains. Indeed, the Halle also has 10,513m2 which are authorized for the future business center of the district, offices that are already beginning to find a buyer. Among the first signatories are AG2R La Mondiale, a French social and heritage protection agency that transfers its regional headquarters and opens an agency there, Cordier which is a subsidiary of the French agricultural cooperative group In Vivo, or MACIF Direct, one of the country’s leading insurance companies.

Finally, the Halle will receive a hotel 4 on 4900m2 under the brand name Garden Hilton Inn. The 166-room property will offer accommodation, seminar rooms and a restaurant on nine levels. The district of Paludate is rather known for its nightlife, although it becomes a busy place during the day, which can be a great opportunity for the Halle BOCA, as well as the MECA which enjoys a location in front of the Garonne, making it visible from the right bank. There is thus a certain complementarity between the Halle and this future actor in the promotion of Contemporary Art, which will house in particular the FRAC (the Regional Contemporary Art Fund), a theatre for the broadcasting of shows as well as conference rooms and a restaurant. This project is the vector of tremendous opportunities to spread the area, throughout the region, but also the region at the national level, to attract new companies in an environment that is already developing rapidly since the award of the French Tech label in 2014.

The development of the Corto Maltese forecourt follows the changes already started in other districts of Bordeaux. The Euratlantic district, in direct proximity to the Halle BOCA and The Gare Saint Jean represents 43,000m2 of construction including 31,500 square meters of offices and shops, affirming its desire to represent the Bordeaux of tomorrow, respectful of the environment. Indeed, in the heart of this district, two wooden buildings, Hyperion and Silva, from the top of their 50 meters, become the tallest wooden buildings in France, with offices and dwellings. Large groups, such as the Savings Bank, have also invested in the Quai de Paludate, because it is easier for them to set up offices where space is more important and the quality of work better. In addition, these new premises

, which can set up their teams in Bordeaux, considered the city of Business par excellence, thanks to the transformation of the Basins to Flot which offer many offices. Development is also taking place on the right bank of Bordeaux, particularly with Brazza which offers itself a second youth. New local services, modernised housing, training centre for crafts… everything is used to attract companies to Bordeaux.

Rent, Leasing, the alternative to buying for a successful business

Faced with a constant evolution of the city and the modernization of its different districts, Bordeaux has become in recent years a destination of choice for a large part of companies. Labeled French Tech in 2014, connected to Paris in two hours and four minutes per the High Speed Line since July 2017, Bordeaux has all the cards in hand to become the new Eldorado of companies, and construction projects continue, with the construction project of the Simone Veil Bridge,linking Bègles to Floirac, for delivery scheduled for 2023… 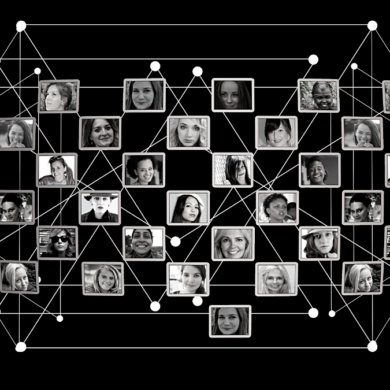