CfPB organizes “Alternative 2018” for its students in the banking sector

On April 28, 2018, the Alternative 2018 event, organized by the CFPB School of Banking Education, is held. The initiative allows students to set foot in a rapidly changing sector, the future of which has yet to be defined.

The CFPB organizes the alternative 2018 meeting

Created on the initiative of banking institutions, the CFPB brings together the teachings that prepare about 35,000 students a year for the banking professions in France. This year, the Bank’s Higher School is launching a new campaign called “Alternative 2018”. The campaign aims to provide 85 alternating positions in the banking sector in New Aquitaine by September 2018.

The event takes place on April 28th at 10, Quai de Paludate in Bordeaux, in Hall B. Day dedicated to the Masters exclusively, many players from the sector will be present to exchange with students looking for jobs. This job dating is part of a process of high demand for applications. On March 17, a first day for bachelor’s graduates allowed students to find positions based on their career paths. The start of 2018 is looking better for banks in the New Aquitaine region.

The banking sector which is supported by the economic upturn…

New Aquitaine has about 2570 branches, employing 22,500 employees. The banking sector is regaining some economic momentum, and will have to recruit more and more in the coming months, especially in the New Aquitaine region, which, together with the Ile-de-France and the PACA region, is experiencing real economic dynamism. The reason for a further increase in recruitment in the bank is partly due to the imminent departure of employees to positions held by baby boomers.

However, it should also be remembered that the banking market is dependent on other sectors. The banking sector is dependent on the (good) health of its economic partners. With a hiring rate of 9.64%, the bank is not among the sectors offering the most jobs, unlike the tertiary sector which is struggling to find labour.

… but who has to face new competitors

New candidates are entering a sector in turmoil. Since the beginning of 2018 already, the weight of dematerialized banks, new players such as Orange Bank or the place taken of cryptocurrencies have all turned a sector much weakened by fluctuations in the economy and consumer reluctance.

Moreover, in the midst of a debate over the management of private data, banks remain relatively silent on their management and the protection of personal data, while new entrants rely on banking innovation. The startup For example, Revolut offers a bank card with no account fees, which can be used anywhere in the world. Card users have the option to circulate money free of charge, or exchange between several currencies or buy cryptocurrencies as they see fit. Similarly, crowdfunding sites are intended to complement traditional financial institutions, while democratizing the practice of lending and financial annuity somewhat.

Future graduates and employees of the banking sector will therefore have to adapt to a market that is hectic with newcomers determined to make their place.

Anybuddy, or the app that revolutionizes sport 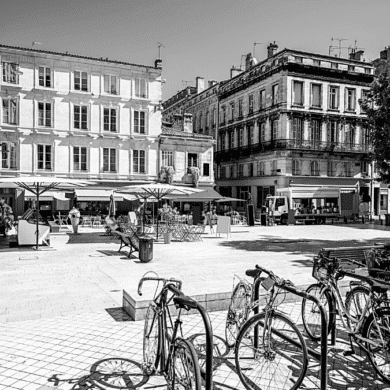