The Polish emblem and symbol, the Dar M-doziey, is a three-masted ship that travels the world. During his stopover in Bordeaux on 28 June, Captain LEWANDOWSKI and his team welcomed tourism professionals on board to present and promote Poland on the occasion of the opening of an airline between Bordeaux and Warsaw by the company Low Cost Wizzair. Represented by Elzbieta JANIK, the Polish Tourism Office in Paris was present as a speaker, as was Jean-Luc POIROUX, the commercial director of Bordeaux Airport.

On June 28, 2018, Bordeaux Business was invited aboard the Dar M-odziey, a magnificent Polish three-masted sailboat built in 1981 by Zygmunt Chore, on the occasion of the 100th anniversary of Poland’s independence. For two days, the sailboat docked in the Port of La Lune, allowing the curious to admire the 108.8m ship, to visit it, and for the crew of nearly 400 young Poles to note one of the 22 stages in the World Tour started on May 20, 2018 in Gdynia, its home port. A journey of ten months and nearly 35,000 nautical miles. After this round-the-world trip that will pass through Tenerife, Dakar, Cape Town, Mauritius, Jakarta or Singapore, Osaka, Los Angeles, Panama or New York, the Dar M-odziey will be able to return to its starting port in the bay of Gdansk.

Captain Ireneusz Lewandowski opened the deck of his ship for a conference, conducted by Elzbieta Janik, head of communications for the Polish Tourism Office in Paris, and Jean-Luc Poiroux, commercial director of Bordeaux Airport. La Belle Endormie has recently been connected to the Polish capital, Warsaw, thanks to a low-cost air link offered by Wizzair.

Poland is a country with many faces and riches through each of its cities, all different. From the authentic and colorful Poznan, to the cosmopolitan Warsaw, to Krakow, a city emblematic of its history and architectural richness, or the seaside Gdansk, Poland offers all the landscapes, all the experiences. In the heart of Europe, this growing country is attracting more and more attention, due to its cultural heritage, both historical and musical, or gastronomic. At 2:30 a.m. in Bordeaux, Poland has many treasures to discover. The Primary Forest of Bia-owiea or the famous Wieliczka Salt Mines are excellent examples, unique places and must-sees for tourists.

This June 28th, it is one of the Polish treasures that came to Bordeaux, to the delight of sailing enthusiasts, but also for lovers of travel or heritage. Elzbieta Janik’s presentation allows travel agencies to introduce Polish to French people who want to leave and discover new landscapes and is part of a series of cultural projects proposed across 20 countries, on the occasion of the centenary of Polish independence.
The Dar M-odziey is not the first sailboat to dock in Bordeaux. Indeed, a century ago, ships arrived across the Atlantic with more than 20,000 young Polish people on board who came to fight in France from December 1917 to April 1918. This strong relationship, forged over the past century, continues to strengthen today; Bordeaux has been linked by a cooperation agreement with Krakow since 1993. 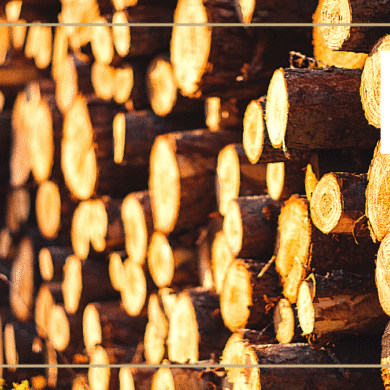