Culturally and gastronomically, France is the land of wine par excellence. Many tourists come to France every year to visit the Châteaux de La Loire and the vineyards so popular in the Bordeaux region. In addition to participating in the charm of France, wine has forged a prominent place in the French economy. Reds, whites, rosés and even blues these days, wine attracts tourists on the one hand. On the other hand, the wine-producing fields concern a large part of the country’s agriculture. They thus represent a huge weight in the balance of the French economy.

The thirst for wine, rooted in the history of France since

The vine, a story that seduces the whole world

The wild vine has been present on Earth for much longer than we human beings are.

From millennia to millennia, from centuries to centuries and from year to year, a true wine culture was born. Today, it is growing to a considerable extent. Consumers are increasingly demanding quality and novelty.

According to legend, against all odds, the first wine would have been a rosé. In France, a symbolic land for wine lovers and enthusiasts, rosé is the first place to promote. It is closely followed by red. White is thus in third place, with the arrival of very recent blue wine. This blue wine, also called “Vindigo”, is the perfect example of an ambition for constant renewal in the wine industry. It is guaranteed to be natural, despite its denote color: bluish. Born from an idea of a group of entrepreneurs in Spain, this wine was marketed in France very recently.

Whatever its colour, the wine, steeped in history, is a talk of all over the world. It is thanks to this reputation that it has also become a very important economic factor for producing countries as well as consumers.

After experiencing a decline in farms in 2016, agriculture has been regaining ground since 2018. According to INSEE, “agricultural production in value terms is up by 5.7%” in 2018 (1). This increase in production is mainly due to a strong rebound in wine.

Agricultural production is divided into two parts. On the one hand, plant products that bring together vegetables, cereals, fruits, wine etc. And on the other, animal products that concern livestock products, livestock, poultry, etc.

While livestock production is declining, “vegetable production is rebounding markedly thanks to the combined increase in the volume of wine (up 28.7%)” according to INSEE.

France has a total of 750,000 hectares of wine production. It alone “represents 11% of the world’s surface area of vat vines,” according to the National Committee of Wine Interprofessions with appellation of origin and geographical indication (CNIV) (2).

The metropolis thus slips into the second position of wine producers by volume on a global scale, just behind Italy. This represents 17% of world production, according to the CNIV analysis (2).

A Bordeaux armada that triumphs again and again

New Aquitaine remains the leader in wine production in France, according to INSEE (3).

It includes many wineries and castles whose fame no longer stops at the French borders. Indeed, on the other side of the Atlantic, there are no more Americans who cherish this wine and invest in their own vineyards.

Its quality, New Aquitaine owes it to its great vintages. They have become real luxury products that sell at very expensive prices. Its reputation stems obviously from its high quality but also from the many tools put in place to connect producers and consumers around the world. One example is the Union of Bordeaux’s Grand Crus, which has no less than 134 establishments. They spend all their expenses on connecting the various players around the world (4). The latter results in the organization of dozens of events around the world.

What contributes to this luxury dimension of the vine are its panels and its grand prizes! This is the case with U’Wine’s analysis. U’wine is a Bordeaux trading house that makes its vintage analysis every year. This year, U’Wine deciphered marketing prices and gave his favourites to Aymeric de Clouet, a wine expert, and Quentin Chaperon, Director of The Châteaux Relationship.

The impact of Covid-19 on the bordeaux wine market

With the current context of health and economic crisis in the world, it is no surprise that the wine sector is affected. That is why the Campaign of the Bordeaux Primeurs, which should have originally been in full swing in April, is postponed in June. It will be another two months before enjoying the tastings and marketing of the best wines from the Bordeaux region. Among them, the Saint-Estèphe, the Pauillac and the Margaux promise a well-rewarded wait.

From the gardening business to the awakening of biodiversity

This selection usually depends on the best time for the harvest. Before the rain, the wines are heavy and alcoholic. On the other hand, the vine harvested after the rain is full of freshness and offers high-class vintages.

However, this year the weather is not the only factor that has impacted the wine sector. The Covid-19 has shaken up the global market. Wine, which has an international market, is facing a significantly declining order in view of the closure of the borders. Industry players are forced to redefine a trade policy in order to survive this real economic crisis.

Tourism and wine exports delight millions of producers and consumers around the world every year. Until now, the wine sector is facing a major problem: an epidemic. As with many other economic sectors, digital tools are becoming more important in a new order. We learned that at our expense. But we have adapted and discovered a new sustainable way of working. Perhaps she could also become a benefactor and a life-saving member of the wine industry? 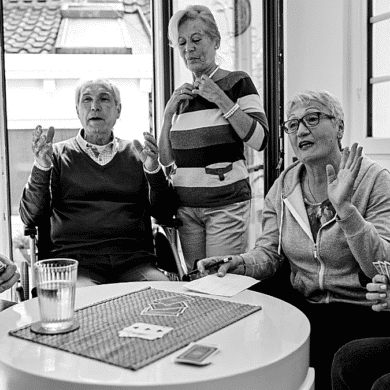 Shared habitat, the friendly alternative to the retirement home
X