Achieving its digital revolution in Bordeaux

In the opinion of all economists, the digitalization of companies is now a mandatory effort to preserve their market places. It is now the only way for them to maintain and strengthen their growth capacity in a sustainable and ongoing way. Companies based in Bordeaux are no exception, because their survival is closely linked to the success of their digital revolution. The city as well as the Bordeaux region have many industrial and commercial assets where the leading companies in their fields are numerous. Faced with a globalization of markets where responsiveness is the norm, only digitization gives them the agility they need to preserve their competitive advantages.

Since July 2014, the city of Bordeaux has already been labelled “French Tech Metropole”. Digital initiatives have since flourished in the form of dedicated business areas such as the Euratlantic business district or the Digital City, which have recently come out of the ground, and aim to provide new business spaces dedicated to businesses. The local authorities have taken the measure of this industrial and commercial revolution in progress, which is the digitalization of business activities. The decision to accompany the digital revolution in Bordeaux is a welcome strategy, which is complemented by major events in the field such as the IT World Congress or Digital Week. We must not lose sight of the fact that the digital economy accounts for 5.5% of GDP in France, according to a 2014 McKinsey study. Experts estimate that by 2020, the share of digital in French GDP could increase by 100 billion euros, and this every year. It generates 3.3% of jobs and the upward trend in these figures is only increasing, according to the McKinsey study.

In addition to the stated will of the public authorities, the other accelerator of the digital revolution in Bordeaux, as everywhere else, is training. Businesses around the world are taking stock of the lack of digital profiles and talent. This lack of skills is even more acute at the French regional level. Private groups such as SQLI, and its wholly-owned subsidiary Aston, see the opening of a school dedicated to IT trades as a solution to this problem and also a promising market for the digital economy. Aston already provides graduate training to more than 1,400 students each year on its paris and Lille campuses. SQLI is a pure player of the team with 212 million euros in sales in 2017. The company operates in 13 countries and employs 2,400 people.

A city of choice for conquering ETIs

While the field of the digital revolution in Bordeaux already seems well marked, it is necessary to define which companies will benefit from the support and training resources. Time is running out because it seems that France, and especially that of the regions, has fallen behind in terms of its digital transformation. And yet it should be noted that a company that has reached its digital maturity has a growth 6 times higher than a digitally uneducated society. In the market, digital maturity allows a company of any kind and any industry to significantly increase its revenues, its turnover but also the performance of its teams. The keys to these successes? The communication and training of associates, the true foundation of a successful digital transformation. In Bordeaux, the digital sector is developing considerably, attracting new companies that are coming to establish themselves in the heart of the dynamic Bordeaux capital, leading to recruitment and thus an increase in the number of jobs in the sector, but also the arrival of new researchers to develop the technologies of tomorrow in the research and development poles of innovative companies. The emergence of new neighbourhoods and the constant development of infrastructures are all advantages that appeal to companies for whom Bordeaux represents a more than attractive market. It is mainly mid-sized companies that rely the most on digital transformation as a lever for growth.

ETIs, mid-sized companies with between 250 and 4599 employees, appear to be the most affected and sensitive to the digital revolution. According to a study published on 21 February 2019 by Apax Partners, about 64% of them believe they are at one stage of the development of this initiative and 74% of their leaders are sensitive to it. While 7% of ETIs are in the embryonic stage of their project 8% are at an advanced stage. More than 57% of them want to invest in the customer experience and 89% are convinced that digitalization will transform their business model. As this type of business is well represented in Bordeaux it is possible to think that the capital of the New Aquitaine region will start a promising digital revolution.

Furniture, Decoration, the “winners” of the crisis 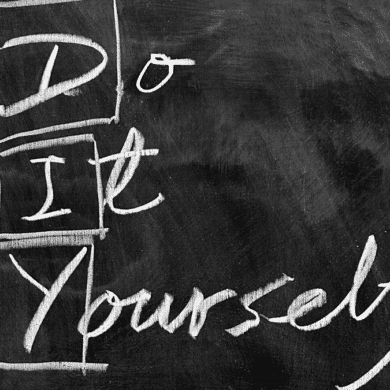