The local sweets in New Aquitaine make the gastronomic reputation of the region. Indeed, the producers are numerous and offer their know-how by maintaining a totally artisanal production. Known for its quality of life, the quality of its restaurants and its business dynamism, Bordeaux seduces. The ideal terrain where local producers value their products. During markets, trade shows or open houses, they present their products and make themselves known. A real springboard, in addition to the shops present in the city, dedicated or not to the brand.

Consuming artisanal products allows you to discover authentic flavours. The reputation of some brands is based mainly on their history. A company that is passed down through the generations, and evolves its offer, allows it to develop its clientele as well. This is the case for Sturia, a company specializing in the production and marketing of sturgeon caviar. Founded in the early 2000s, the company is located in Saint Sulpice and Cameyrac, north-east of Bordeaux. It has shops all over the country.

Caviar is a most luxurious and appreciated product during major events, especially the holiday season. So much so that the association Caviar d’Aquitaine was born, to honor the production of Caviar around the world. It brings together four major groups of producers: the Kaviar Group, the Sturgeonnière, Caviar de France and Caviar House and Prunier. The production of quality caviar that meets strict criteria is at the heart of the concern of these producers.

Caviar is not just an exceptional product, internationally. Other local producers have retained their know-how and authenticity to offer unique products. This is the case, for example, with the Cadiot-Badie company, founded in 1826. This renowned brand in Bordeaux puts its artisanal know-how forward with chocolate. With its three shops in the CUB, Cadiot-Badie offers its brand and its know-how live to the consumer. A careful work of cocoa to offer exceptional products, with unique provenances. A know-how close to coffee, or wine, which are among the pillars of the region.

In Bordeaux, it’s hard not to think about wine when it comes to local productions. Indeed, wine production accounts for an important part of French wine. New Aquitaine is actually the country’s largest wine-producing region, and weighed 5.2 billion euros on exports, between wine and cognac. It generates activity for more than 14,000 companies throughout the region, and offers many opportunities thanks to the training offered. These figures, given by a DRAAF study in 2017, are indicative of a local market with tremendous opportunities. Wine evolves with the change in the consumption of amateurs. Indeed, in recent years, the concern to consume better is present in the expectations of customers.

The Bordeaux Tradition Trading House has clearly understood the stakes of such a need. Founded in 1981, it has a particular interest in the issues and commitments of bordeaux vines. Respect for the environment and the ecosystem are its main pillars. The new demands made encourage producers to turn to a more reasoned vine culture, which Bordeaux Tradition points out. These include the production of organic, biodynamic and vegan wine that meet new needs.

This phenomenon is particularly highlighted during specially held exhibitions to present these wines. With the current events, the major events planned this year are cancelled, but interest in this type of wine remains constant. In general, the production of organic products is popular, to protect the environment. This expectation goes hand in hand with Bordeaux’s commitments to an energy transition.

Girondins producers, or how to consume local

Since 2013, there has been a platform called Girondins Producers that connects consumers and small producers. It allows to favor the short circuit, in order to give all the necessary visibility to local producers who need to sell their products. It is a direct sale to the consumer, which allows to maintain the quality of the products and better pay the producers. In a context where mass distribution dominates the market, product prices are highly volatile. An alarming state of affairs that does not secure the consistency of producers’ incomes.

But holding such an initiative also benefits the revitalization of the territory, giving a greater place to local producers. The main objective is to turn to more environmentally friendly solutions. Soil treatment is changing, represented in particular by the treatment of vines and turning to biological solutions that are healthier for soils. These are important measures at the heart of the current debates, especially in a city like Bordeaux.

The development of local production shows that consumers are sensitive to the origin of the products they buy. Proof of craftsmanship and superior quality, the local menu seduces. If initiatives are developing in favour of reasoned purchasing, the transition takes time. Proof of this is with the Bordeaux vineyards, which are beginning to turn to the cultivation of organic wines, which take longer to produce. This is part of a long-term dynamic, initiated by the city in favour of a sustainable energy and ecological transition.

The Salon OB’Art Bordeaux puts creative craftsmen in the spotlight 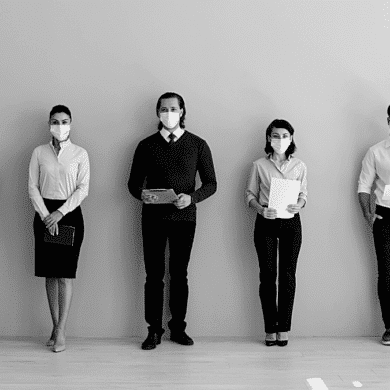