The Tour de France of Innovation

For its 20th year of existence, “The Tour de France of Innovation”, the programme to support the launch of young French start-ups with high technological value was put in the spotlight in the city of Bordeaux for the New Aquitaine region, on October 9, 2018. This decision to regionalize this scheme carried by the Ministry of Higher Education, Research and Innovation saw 10 laureates awarded during very rich conference and exchange days. This event, which brought together the fine flower of the actors of Aquitaine innovation and representatives of public institutions, is indeed a showcase of the privileged place of our region in the race for technological and digital disruption. A showcase that attracts and attracts many companies to settle in Bordeaux, where new districts dedicated to offices for businesses have been built, like the Bordeaux district Euratlantic which has developed well, welcoming companies wishing to have new premises for their head office, or to expand their activity in the metropolis. We can also mention the District of Bassins in Flot which has also significantly modernized, hosting higher education schools and large companies such as Ubisoft or Betclic which have established themselves in Bordeaux in brand new premises.

An event that brought together the players of Bordeaux innovation

This Tuesday, October 9, 2018, about fifty speakers and guests gathered in the heart of the Talence campus, in the Agora Hall of Haut-Carré. The day was dense: sharing the promising experiences of French start-ups located in the niche of technological innovation, listening to candidates for the PEPITE 2018 prize who were “pitching” their business model, awarding prizes to the winners, round tables, conferences…
This event, which lasted throughout the day, saw several specialists and innovation professionals parade: Paul MILLIER, professor at the Lyon School of Management in Marketing and Innovation Management, was able to open the first conference on the conditions for success of a start-up. Young entrepreneurs, such as Eric MOTTAY (Amplitude Systems), Fabien ZUNINO (@rtMolecule) and Romain STEFANINI, were able to testify, alongside the various heads of state and region for innovation.
It was with the prefect of the New Aquitaine region Didier LALLEMENT, the President of the Regional Council Alain ROUSSET and of course the President of the University of Bordeaux, who was hosting the event, Manuel TUNON DE LARA, that the event was opened. We noticed the presence of Maylis CHUSSEAU, President of SATT Aquitaine Science Transfer, who kept participants informed of current events in technology transfer acceleration companies, those entities that link university research to the commercialization of developed technologies.

In the morning, the 9 PEPITE awards were presented, which reward student innovation. In particular, the Meditect project, which offers drug traceability in Africa, or InPlanta, a maintenance-free plant marketing company, were awarded.
In the afternoon, the i-Lab Aquitain Grand Prize was awarded to TreeFrog Therapeutics, a start-up that promises to mass-produce stem cells and lower their cost of production. This success, and the cheque of 600,000 euros that accompanied it, is emblematic of the attractiveness of Aquitaine. Indeed, met in Switzerland, the two co-founders of this start-up accompanied by the incubator Unitec made the deliberate choice of New Aquitaine for its known support for innovation. A paid choice.
The seed fund set up by the Ministry of Higher Education, Research and Innovation aims to support the launch of French start-ups mobilizing a strong technological capital. Thus, in addition to financial aid, which can amount to up to 600,000 euros (the 2019 edition is endowed with 20 million euros), the winners are sponsored by an entrepreneur, can access the training programs of major schools like HEC or EM Lyon, and be accompanied in their international development through the NETVA (New Technology Venture Accelerator) programme. Finally, the visibility of the i-Lab label offers serious credibility for future fundraising of start-ups. A smart way to support technological innovation in France! A label that celebrated its 20th anniversary this year…

This year again, the innovation areas of the laureates are mainly in the four break-up fields identified by BpiFrance: digital, health, mechanics and materials, chemistry and ecotech. Promising sectors for which the university and entrepreneurial fabric of Aquitaine and Bordeaux has every chance. We hope that the new 2019 edition of the i-Lab competition will once again reward the future Aquitaine flagships of the national economy. An event that already promises beautiful future editions, further demonstrating the dynamism of the New Aquitaine region, and in particular Bordeaux, which attracts innovative companies.

Customer Relations: How to manage the disgruntled? 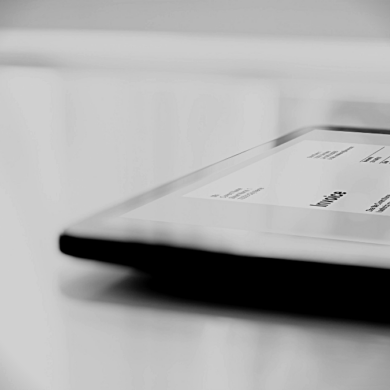